But what exactly is Malaria?

Malaria is an infectious disease that is transmitted through the bite of an infected mosquito and causes fever and headaches in its victims and if the disease worsens it can lead to death.

Malaria is one of the world’s biggest killers mainly taking the lives of children and pregnant women in the developing world and FSF are launching a Mosquito Net Appeal. Why? Mosquito Nets cut malaria transmission by 50% and the mosquito population by 90%. Nets are a simple and extremely effective way to reduce the chance of being bitten. However, only 49% of people own a net in The Gambia and in The Lower River Region, where FSF work, they are extremely vulnerable to Malaria due to stagnant water being a breeding ground for mosquitoes during the rainy season. This coupled with lack of medical interventions simply makes it worse.

So let’s stop it. 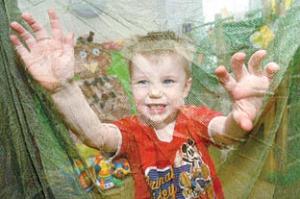 One mosquito net,  put simply, WILL SAVE LIVES.

One net is likely to be slept under by more than the one child and this will significantly decrease the rates of morbidity and mortality in The Gambia.

• 1 million people die from malaria every year
• 1 in 5 children die as a result of the disease
• 90% of all malaria deaths are in sub-Saharan Africa.
• In The Gambia Malaria is the leading cause of death among children under 5 and pregnant women.
• Mosquito Nets are an effective way to reduce the transmission of malaria and the mosquito population
• Malaria is preventable and curable

Although Mosquito Nets are considered one of the most effective ways of preventing malaria they remain inaccessible to those who need them due to the cost. FSF provides mosquito nets to the most vulnerable children and families, if you would like to know more about this appeal please get in touch at info@fsfgambia.org 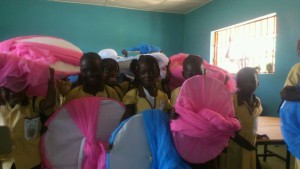